Courage Under Fire By Peggy Noonan 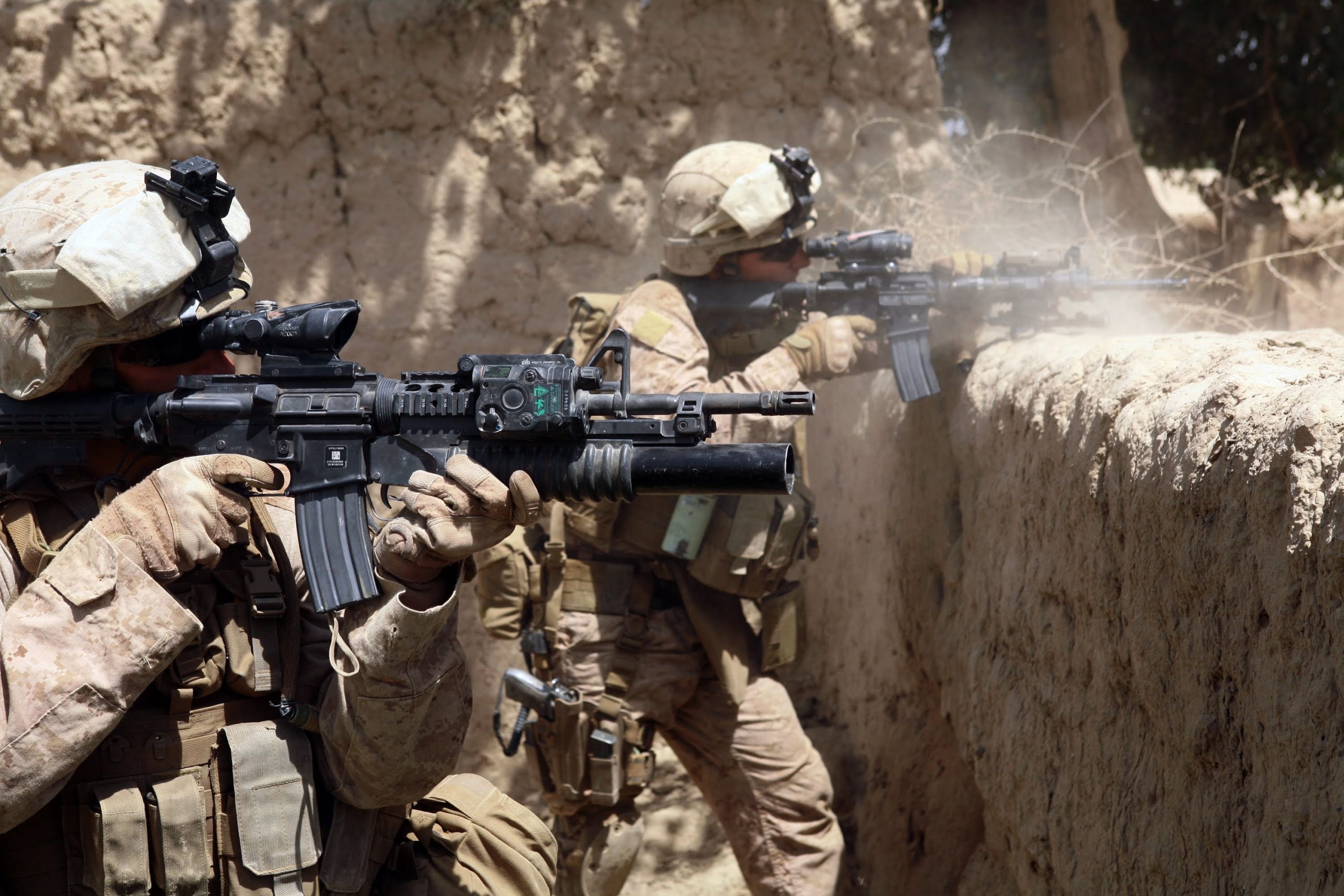 Forgive me. I’m going to return to a story that has been well documented the past few weeks, and I ask your indulgence. So much has been happening, there are so many things to say, and yet my mind will not leave one thing: the firemen, and what they did.

Although their heroism has been widely celebrated, I don’t think we have quite gotten its meaning, or fully apprehended its dimensions. But what they did that day, on Sept. 11—what the firemen who took those stairs and entered those buildings did—was to enter American history, and Western history. They gave us the kind of story you tell your grandchildren about. I don’t think I’ll ever get over it, and I don’t think my city will either.

Here in my neighborhood in the East 90s many of us now know the names of our firemen and the location of our firehouse. We know how many men we lost (eight). We bring food and gifts and checks and books to the firehouse, we sign big valentines of love, and yet of course none of it is enough or will ever be enough.

Every day our two great tabloids list the memorials and wakes and funeral services. They do reports: Yesterday at a fireman’s funeral they played “Stairway to Heaven.” These were the funerals for yesterday:

And every day our tabloids run wallet-size pictures of the firemen, with little capsule bios. Firefighter Stephen Siller of Squad 1, for instance, is survived by wife, Sarah, daughters Katherine, Olivia and Genevieve and sons Jake and Stephen, and by brothers Russell, George and Frank, and sisters Mary, Janice and Virginia.

What the papers are doing—showing you that the fireman had a name and the name had a face and the face had a life—is good. But it of course it is not enough, it can never be enough.

Three hundred firemen. This is the part that reorders your mind when you think of it. For most of the 5,000 dead were there—they just happened to be there, in the buildings, at their desks or selling coffee or returning e-mail. But the 300 didn’t happen to be there, they went there. In the now-famous phrase, they ran into the burning building and not out of the burning building. They ran up the stairs, not down, they went into it and not out of it. They didn’t flee, they charged. It was just before 9 a.m. and the shift was changing, but the outgoing shift raced to the towers and the incoming shift raced with them. That’s one reason so many were there so quickly, and the losses were so heavy. Because no one went home. They all came.

And one after another they slapped on their gear and ran up the stairs. They did this to save lives. Of all the numbers we’ve learned since Sept. 11, we don’t know and will probably never know how many people that day were saved from the flames and collapse. But the number that has been bandied about is 20,000—20,000 who lived because they thought quickly or were lucky or prayed hard or met up with (were carried by, comforted by, dragged by) a fireman.

I say fireman and not “firefighter.” We’re all supposed to say firefighter, but they were all men, great men, and fireman is a good word. Firemen put out fires and save people, they take people who can’t walk and sling them over their shoulders like a sack of potatoes and take them to safety. That’s what they do for a living. You think to yourself: Do we pay them enough? You realize: We couldn’t possibly pay them enough. And in any case a career like that is not about money.

I’m still not getting to the thing I want to say.

It’s that what the New York Fire Department did—what those men did on that brilliant blue day in September—was like D-Day. It was daring and brilliant and brave, and the fact of it—the fact that they did it, charging into harm’s way—changed the world we live in. They brought love into a story about hate—for only love will make you enter fire. Talk about your Greatest Generation—the greatest generation is the greatest pieces of any generation, and right now that is: them.

So it was like D-Day, but it was also like the charge of the Light Brigade. Into the tower of death strode the three hundred. And though we continue to need reporters to tell us all the facts, to find out the stories of what the firemen did in those towers, and though reporters have done a wonderful, profoundly appreciative job of that, what we need most now is different.

We need a poet. We need a writer of ballads and song to capture what happened there as the big men in big black rubber coats and big boots and hard peaked hats lugged 50 and 100 pounds of gear up into the horror and heat, charging upward, going up so sure, calm and fast—so humorously, some of them, cracking mild jokes—that some of the people on the stairwell next to them, going down, trying to escape, couldn’t help but stop and turn and say, “Thank you,” and “Be careful, son,” and some of them took pictures. I have one. On the day after the horror, when the first photos of what happened inside the towers were posted on the Internet, I went to them. And one was so eloquent—a black-and-white picture that was almost a blur: a big, black-clad back heading upward in the dark, and on his back, in shaky double-vision letters because the person taking the picture was shaking, it said “Byrne.”

Just Byrne. But it suggested to me a world. An Irish kid from Brooklyn, where a lot of the Byrnes settled when they arrived in America. Now he lives maybe on Long Island, in Massapequa or Huntington. Maybe third-generation American, maybe in his 30s, grew up in the ‘70s when America was getting crazy, but became what his father might have been, maybe was: a fireman. I printed copies of the picture, and my brother found the fireman’s face and first name in the paper. His name was Patrick Byrne. He was among the missing. Patrick Byrne was my grandfather’s name, and is my cousin’s name. I showed it to my son and said, “Never forget this—ever.”

The Light Brigade had Tennyson. It was the middle of the Crimean War and the best of the British light cavalry charged on open terrain in the Battle of Balaclava. Of the 600 men who went in, almost half were killed or wounded, and when England’s poet laureate, Alfred Lord Tennyson, learned of it, he turned it into one of the most famous poems of a day when poems were famous:

I don’t think young people are taught that poem anymore; it’s martial and patriarchal, and even if it weren’t it’s cornball. But then, if a Hollywood screenwriter five weeks ago wrote a story in which buildings came down and 300 firemen sacrificed their lives to save others, the men at the studios would say: Nah, too cornball. That couldn’t be true. But it’s true.

Brave men do brave things. After Sept. 11 a friend of mine said something that startled me with its simple truth. He said, “Everyone died as the person they were.” I shook my head. He said, “Everyone died who they were. A guy who ran down quicker than everyone and didn’t help anyone—that was him. The guy who ran to get the old lady and was hit by debris—that’s who he was. They all died who they were.”

Who were the firemen? The Christian scholar and author Os Guinness said the other night in Manhattan that horror and tragedy crack open the human heart and force the beauty out. It is in terrible times that people with great goodness inside become most themselves. “The real mystery,” he added, “is not the mystery of evil but the mystery of goodness.” Maybe it’s because of that mystery that firemen themselves usually can’t tell you why they do what they do. “It’s the job,” they say, and it is, and it is more than that.

So: The firemen were rough repositories of grace. They were the goodness that comes out when society is cracked open. They were responsible. They took responsibility under conditions of chaos. They did their job under heavy fire, stood their ground, claimed new ground, moved forward like soldiers against the enemy. They charged.

There is another great poet and another great charge, Pickett’s charge, at Gettysburg. The poet, playwright and historian Stephen Vincent Benet wrote of Pickett and his men in his great poetic epic of the Civil War, “John Brown’s Body”:

There was a death-torn mile of broken ground to cross,
And a low stone wall at the end, and behind it the Second Corps,
And behind that force another, fresh men who had not fought.
They started to cross that ground. The guns began to tear them.

From the hills they say that it seemed more like a sea than a wave,
A sea continually torn by stones flung out of the sky,
And yet, as it came, still closing, closing, and rolling on,
As the moving sea closes over the flaws and rips of the tide.

But the men would not stop:

The center line held to the end, he wrote, and didn’t break until it wasn’t there anymore.

The firemen were like that. And like the soldiers of old, from Pickett’s men through D-Day, they gave us a moment in history that has left us speechless with gratitude and amazement, and maybe relief, too. We still make men like that. We’re still making their kind. Then that must be who we are.

We are entering an epic struggle, and the firemen gave us a great gift when they gave us this knowledge that day. They changed a great deal by being who they were.

They deserve a poet, and a poem. At the very least a monument. I enjoy the talk about building it bigger, higher, better and maybe we’ll do that. But I’m one of those who thinks: Make it a memory. The pieces of the towers that are left, that still stand, look like pieces of a cathedral. Keep some of it. Make it part of a memorial. And at the center of it—not a part of it but at the heart of it—bronze statues of firemen looking up with awe and resolution at what they faced. And have them grabbing their helmets and gear as if they were running toward it, as if they are running in.

A version of this article appeared in the Wall Street Journal on Oct. 5 2001

It is written by Peggy Noonan and posted on her website here: http://www.peggynoonan.com/155/