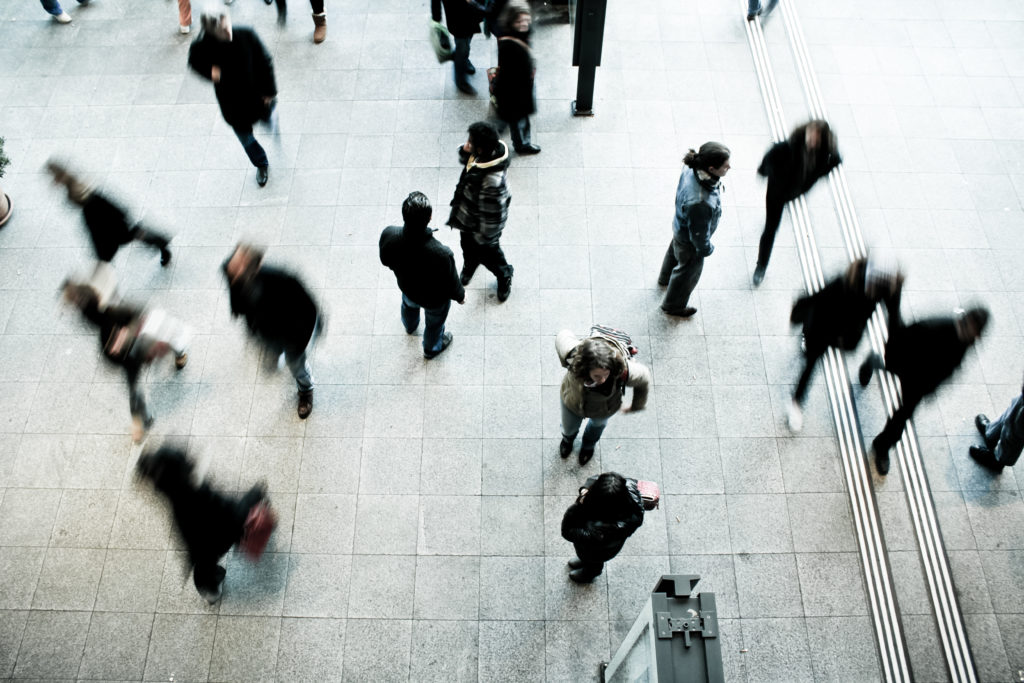 Shortly before Christmas, the U.S. Census Bureau put some coal in the nation’s holiday stocking. It released data highlighting a worrisome trend: The population grew a subdued 0.7 percent, the lowest rate of growth since the Great Depression years of 1936 and 1937. Declines in the birthrate and the slowing pace of immigration are to blame.

Ask an economist why this matters, and you’ll get a welter of contradictory answers, as the relationship between population growth and economic expansion is a vexed and controversial subject. But if you sift through the historical data on the subject, it’s hard to deny that the demographic slowdown, should it continue, likely puts a damper on future economic growth.

Declines in the rate of population growth are nothing new. It has been in decline throughout the West for several decades. In some countries in Europe, the rate of growth is below replacement levels: The population, in other words, is set to experience a decline in absolute numbers. But the U.S. has also been on a downward trajectory since the 1990s, though the pace has been less steep. The latest figures for the rate of population growth compare with 1.4 percent in 1994 and more than 2 percent at the height of the baby boom.

If you take the really long view, these declines are nothing more than a continuation — with some episodic, if anomalous, baby booms — of patterns that are two centuries old and counting. After all, birthrates dropped dramatically over the course of the Industrial Revolution in Europe and the U.S. This was particularly true for the middle classes, where declines in fertility were especially pronounced. Unlike farm families, middle-class families living in cities no longer needed as many children, and the demands of industrial society encouraged them to invest more resources — money, time, calories, education — in fewer offspring.

But these declines in the birthrate — and the larger rate of population growth — weren’t bad news in and of themselves; if anything, they seem to have been quite positive, going hand in hand with dramatic economic growth. But is there a point when declines in the rate of population growth intensify to the point where they can start to drag down the economy?

Some intriguing evidence on this count comes from the historical record, specifically the period immediately after World War I, when fertility declines accelerated throughout the Western world on a scale comparable to our own time. This subject has attracted very little study, save for a handful of little-known scholarly articles. One particularly intriguing study, by the Canadian economist Clarence Barber, traced the relationship between declines in the rate of population growth and the eventual onset of the Great Depression. He observed that during the 1920s, in the years preceding the 1929 crash, the rate of population growth had fallen by approximately a third in western and northern Europe and by half in the United States.

In all likelihood, this decline was owed to the growing secularization of society at this time, and in particular, the growing opportunities for women outside of traditional gender roles– not to the collective trauma of World War I. These new mores went hand in hand with sharp declines in the formation of new households, as younger people put off marriage and childbearing. This trend, or what Barber described as a “rapid and very large decline in the rate of growth of non-farm households,” led to a dramatic decline in residential construction starting around 1926.

In theory, immigration might have picked up the slack. While Barber didn’t address this in his study, it’s worth noting that Congress put drastic curbs on inflows of people in 1924. That year, approximately 706,000 immigrants legally entered the country. The number dropped precipitously the following year, and by 1933, the number had fallen to 23,000, a decline of almost 97 percent.

How these demographic declines set the stage for the Great Depression is hard to know with certainty, but Barber believed that the decline in birthrates among native-born Americans was sufficient to set the stage for declines in aggregate demand. And even if demographic declines weren’t solely to blame, they intensified after the onset of the Great Depression, further contributing to the catastrophe.

Indeed, by the 1930s, the staggering decline in birthrates throughout the Western world contributed to growing pessimism about the likelihood of a full recovery. One demographer later recalled that during this decade, “there was a feeling of impending depopulation, a feeling added to by the publication of population projections, many of which assumed a further fall in fertility.”

None other than John Maynard Keynes warned of this peril in a talk delivered in 1937 entitled “Some Economic Consequences of a Declining Population.” He acknowledged that population declines might be mediated, but raised grave concerns about the risks posed by the demographic trends of this day. He closed his talk with a nod to Thomas Malthus and the “devil” of overpopulation. “I only wish to warn you that the chaining up of the one devil may, if we are careless, only serve to loose another still fiercer and more intractable.”

In the end, his concerns proved unfounded — not because the developed world found a way to negotiate declining fertility rates, but because the years after World War II saw an unexpected baby boom in the U.S., and to a lesser extent, most of Western Europe. That population boom and the consumer demand it begot, is often credited with averting a return to the gloomy days of the 1930s.

Which brings us to the present. The recent data on population growth marks an ominous return to a trough last seen during the Great Depression. Moreover, data released by the real estate firm Trulia last week indicates that the number of young people living with their parents (or siblings) recently hit levels not seen since 1940.

That statistic suggests that a baby boom isn’t likely, never mind a boom in consumption fueled by the formation of new households.

But at least the U.S. still has immigration, right? Perhaps not: President-elect Donald Trump has been vocal about his opposition to illegal immigration, but since the election, he has started to send signals that he intends to crack down on legal immigration, too. If that happens, only a homemade baby boom will save us from further decline in the Trump years.

← A Lesson on Elementary, Worldly Wisdom As It Relates To Investment Management & Business Given By Charles Munger at the University of of Southern California Byron Wien Discusses Lessons Learned in His First 80 Years →