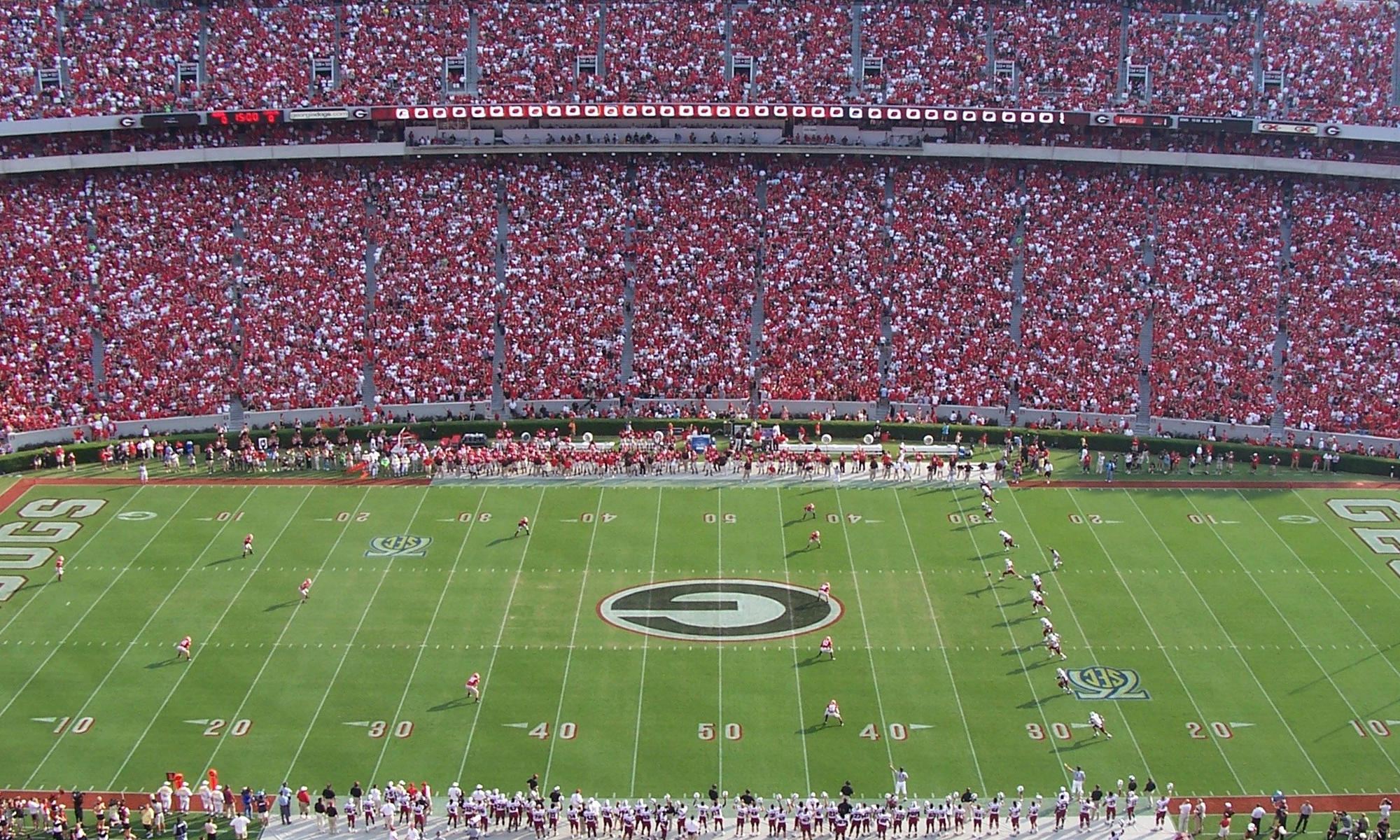 To my son, if I ever have one:

Kid, I am writing this on Sept. 3, 1984. I have just returned from Athens, where I spent Saturday watching the University of Georgia, your old dad’s alma mater, play football against Clemson.

While the events of the day were still fresh on my mind, I wanted to recount them so if you are ever born, you can read this and perhaps be able to share one of the great moments in your father’s life.

Saturday was a wonderful day on the Georgia campus.

We are talking blue, cloudless sky, a gentle breeze and a temperature suggesting summer’s end and autumn’s approach.

I said the blessing before we had lunch. I thanked the Lord for three things: fried chicken, potato salad and for the fact he had allowed me the privilege of being a Bulldog.

“And, Dear Lord,” I prayed, “bless all those not as fortunate as I.”

Imagine, my son, 82,000 people, most of whom were garbed in red, gathered together gazing down on a lush valley of hedge and grass where soon historic sporting combat would be launched.

Clemson was ranked number 2 in the nation, and Georgia, feared too young to compete with the veterans from beyond the river, could only dream, the smart money said, of emerging three hours hence victorious.

My boy, I had never seen such a thing as came to pass in the second half. Todd Williams threw one long and high, and Herman Archie caught it in the end zone, and it was now 20-13.

Georgia got the ball again and scored again, and it was now 20-20, and my mouth was dry, and my hands were shaking, and this Clemson fan who had been running his mouth the whole ballgame suddenly shut his fat face.

Son, we got ahead 23-20, and the ground trembled and shook, and many were taken by fainting spells.

Clemson’s kicker, Donald Igwebuike, tied it 23-23 and this sacred place became the center of the universe.

Only seconds were left when Georgia’s kicker, Kevin Butler, stood poised in concentration. The ball rushed toward him, and it was placed upon the tee a heartbeat before his right foot launched it heavenward.

A lifetime later, the officials threw their arms aloft. From 60 yards away, Kevin Butler had been true, and Georgia led and would win 26-23.

I hugged perfect strangers and kissed a fat lady on the mouth. Grown men wept. Lightning flashed. Thunder rolled. Stars fell, and joy swept through, fetched by a hurricane of unleashed emotions.

When Georgia beat Alabama 18-17 in 1965, it was a staggering victory. When we came back against Georgia Tech and won 29-28 in 1978, the Chapel bell rang all night. When we beat Florida 26-21 in the last seconds in 1980, we called it a miracle. And when we beat Notre Dame 17-10 in the Sugar Bowl that same year for the national championship, a woman pulled up her skirt and showed the world the Bulldog she had sewn on her underbritches.

But Saturday may have been even better than any of those.

Saturday in Athens was a religious experience.

I give this to you, son. Read it and re-read it, and keep it next to your heart. And when people want to know how you wound up with the name “Kevin” let them read it, and then they will know.