Abraham Lincoln: Perspective from Leo Tolstoy published in The World on 7 February 1909 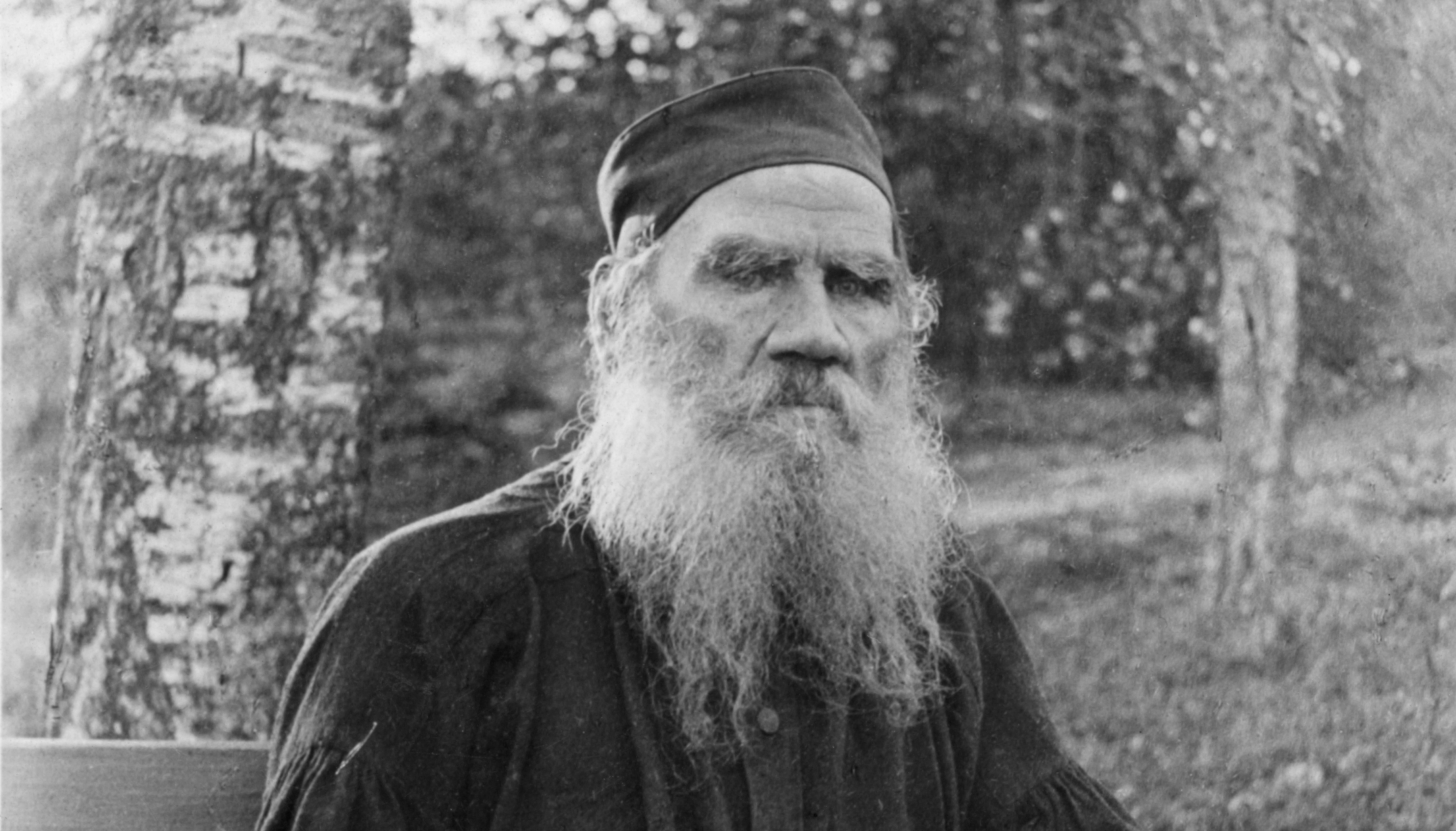 Bigger Than His Country.

Bigger Than All the Presidents Together: a Christ in Miniature.

STILL TOO NEAR TO APPRECIATE HIS POWER.

Great Russian Tells of Reverence For Lincoln Even Among Barbarians.

Of all the great national heroes and statesman of history, Lincoln is the only real giant. Alexander, Fredric the Great, Caesar, Napoleon, Gladstone and even Washington stand in greatness of character, in depth of feeling and in a certain moral power far behind Lincoln. Lincoln was a man of whom a nation has a right to be proud: he was a Christ in Miniature, a saint of humanity, whose name will live thousands of years in the legends of future generations. We are still too near to his greatness, and so can hardly appreciate his divine power; but, after a few centuries more our posterity will find him considerably bigger than we do. His genius is still too strong and too powerful for the common understanding, just as the sun is too hot when its light beams directly on us.

Known to the Barbarians.
If one would know the greatness of Lincoln one should listen to the stories which are told about him in other parts of the world. I have been in wild places, where one hears the name of America uttered with such mystery as if it were some heaven or hell. I have heard various tribes of barbarians discussing the New World, but I heard this only in connection with the name of Lincoln. Lincoln as the wonderful hero of America is known by the most primitive nations of Asia. This may be illustrated through the following incident:

Once while traveling in the Caucasus I happened to be the guest of a Caucasian chief of the Circassians, who, living far away from civilized life, in the mountains had but a fragmentary and childish comprehension of the world and its history. The fingers of civilization had never reached him nor his tribe, and all life beyond his native valleys was a dark mystery. Being a Mussulman he was naturally opposed to all ideas of progress and education.

I was received with the usual Oriental hospitality and after our meal was asked by my host to tell him something of my life. Yielding to his request, I began to tell him of my profession, of the development of our industries and inventions and of the schools. He listened to everything with indifference, but when I began to tell about the great statesman, [he became] much interested.

Calls Chiefs to Listen.
“….I want all my neighbors and [chiefs] to listen to you. I will call them immediately.” He soon returned with a score of wild looking riders and asked me politely to continue. It was indeed a solemn moment when those sons of the wilderness sat around me on the floor and gazed at me as if hungering for knowledge. I spoke first of our Czars and of their victories; then I spoke of the foreign rulers and of some of the greatest military leaders. My talk seemed to impress them deeply. The story of Napoleon was so interesting to them that I had to tell them every detail, as, for instance, how his hands looked, how tall he was, who made his guns and pistols and the color of his horse. It was very difficult to satisfy them and to meet their point of view, but I did my best. When I declared that I had finished my talk, my host, a gray-bearded, tall rider, rose, lifted his hand and said very gravely:

“But you have not told us a syllable about the greatest general and greatest ruler of the world. We want to know something about him. He was a hero. He spoke with a voice of thunder: he laughed like the sunrise and his deeds were strong as the rock and as sweet as the fragrance of roses. The angels appeared to his mother and predicted that the son whom she would conceive would become the greatest the stars had ever seen. He was so great that he even forgave the crimes of his greatest enemies and shook brotherly hands with those who had plotted against his life. His name was Lincoln and the country in which he lived is called America, which is so far away that if a youth should journey to reach it he would be an old man when he arrived. Tell us of that man.”

Seeks a Picture of Lincoln.
“Tell us, please, and we will present you with the best horse of our stock”, shouted the others.

I looked at them and saw their faces all aglow, while their eyes were burning. I saw that those rude barbarians were really interested in a man whose name and deeds had already become legend. I told them of Lincoln and his wisdom, of his home life and youth. They asked me ten questions to one which I was able to answer. They wanted to know all about his habits, his influence upon the people and his physical strength. But they were very astonished to hear that Lincoln made a sorry figure on a horse and that he lived such a simple life.

“Tell us why he was killed”, one of them said.

I had to tell everything. After all my knowledge of Lincoln was exhausted they seemed to be satisfied. I can hardly forget the great enthusiasm which they expressed in their wild thanks and the desire to get a picture of the great American hero. I said that I probably could secure one from my friend in the nearest town, and this seemed to give them great pleasure.

The next morning when I left the chief, a wonderful Arabian horse was brought to me as a present for my marvelous story, and our farewell was very impressive.

One of the riders agreed to accompany me to the town and get the promised picture, which I was now bound to secure at any price. I was successful in getting a large photograph from my friend, and I handed it to the man with my greetings to his associates. It was interesting to witness the gravity of his face and the trembling of his hands when he received my present. He gazed for several minutes silently, like one in a reverent prayer, his eyes filled with tears. He was deeply touched and I asked him why he became so sad. After pondering my question for a few moments he replied:

“I am sad because I feel sorry that he had to die by the hand of a villain. Don’t you find, judging from his picture, that his eyes are full of tears and that his lips are sad with a secret sorrow?”

Like all Orientals, he spoke in a poetical way and left me with many deep bows.

This little incident proves how largely the name of Lincoln is worshipped throughout the world and how legendary his personality has become.

Greatness in Moral Power.
Now, why was Lincoln so great that he overshadows all other national heroes? He really was not a great general like Napoleon or Washington, he was not such a skillful statesman as Gladstone or Frederick the Great, but his supremacy expresses itself altogether in his peculiar moral power and in the greatness of his character. HE had come through many hardships and much experience to the realization that the greatest human achievement is love.

He was what Beethoven was in music, Dante in poetry, Raphael in painting, and Christ in the philosophy of life. He aspired to be divine—and he was.

It is natural that before he reached his goal he had to walk the highway of mistakes. But, we find him, nevertheless, in every tendency true to the one main motive, and that was to benefit mankind. He was one who wanted to be great through his smallness. If he had failed to become President he would be, no doubt, just as great as he is now, but only God could appreciate it. The judgment of the world is usually wrong in the beginning, and it takes centuries to correct it. But in the case of Lincoln the world was right from the start. Sooner or later Lincoln would have been seen to be a great man, even though he had never been an American President. But it would have taken a great generation to place him where he belongs.

Assassination Foreordained?
Lincoln died prematurely by the hand of the assassin, and naturally we condemn the criminal from our viewpoint of justice. But, the question is, was his death not predestined by a divine wisdom, and was it not better for the nation and for his greatness that he died just in that way and at that particular moment? We know so little about that divine law which we call fate that no one can answer. Christ had a presentiment of His death, and there are indications that also Lincoln had strange dreams and presentiments of something tragic. If that was really the fact, can we conceive that human will could have prevented the outcome of the universal or divine will? I doubt it. I doubt also that Lincoln could have done more to prove his greatness than he did. I am convinced that we are but instruments in the hands of an unknown power and that we have to follow its bidding to the end. We have a certain apparent independence, according to our moral character, wherein we may benefit our fellows, but in all eternal and universal questions we follow blindly a divine predestination. According to that eternal law the greatest of national heroes had to die, but an immortal glory still shines on his deeds.

Bigger than His Country.
However, the highest heroism is that which is based on humanity, truth, justice and pity; all other forms are doomed to forgetfulness. The greatness of Aristotle or Kant is insignificant compared with the greatness of Buddha, Moses and Christ. The greatness of Napoleon, Caesar or Washington is only moonlight by the sun of Lincoln. His example is universal and will last thousands of years. Washington was a typical American, Napoleon was a typical Frenchman, but Lincoln was a humanitarian as broad as the world. He was bigger than his country—bigger than all the Presidents together. Why? Because he loved his enemies as himself and because he was a universal individualist who wanted to see himself in the world—not the world in himself. He was great through his simplicity and was noble through his charity.

Lincoln is a strong type of those who make for truth and justice, for brotherhood and freedom. Love is the foundation of his life. That is what makes him immortal and that is the quality of a giant. I hope that his centenary birthday will create an impulse toward righteousness among the nations. Lincoln lived and died as a hero and as a great character he will live as long as the world lives. May his life long bless humanity!

This article was originally published in The World on February 7th, 1909.