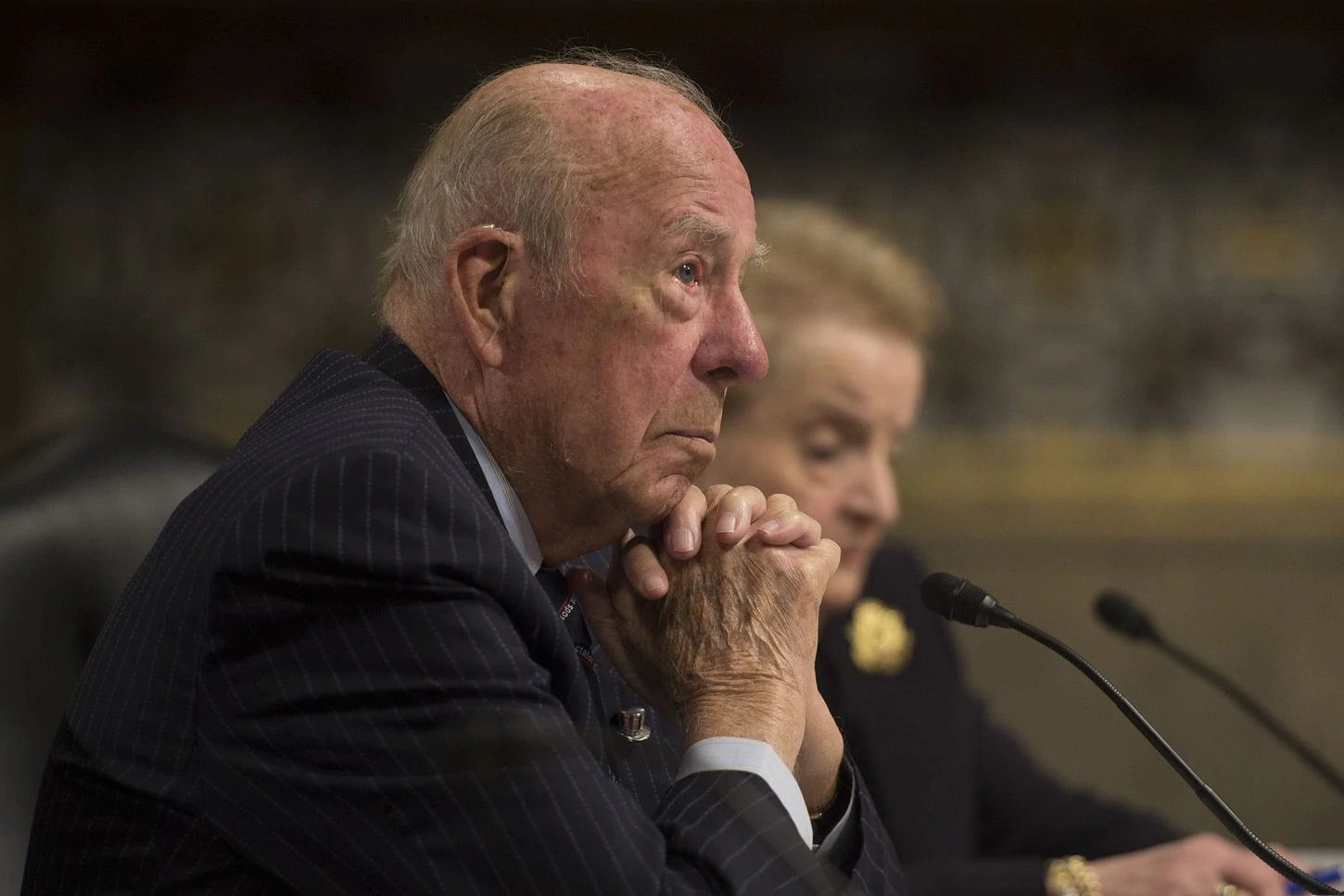 George P. Shultz is a former U.S. secretary of labor, treasury and state, and was director of the Office of Management and Budget. He is a distinguished fellow at Stanford University’s Hoover Institution.

Dec. 13 marks my turning 100 years young. I’ve learned much over that time, but looking back, I’m struck that there is one lesson I learned early and then relearned over and over: Trust is the coin of the realm. When trust was in the room, whatever room that was — the family room, the schoolroom, the locker room, the office room, the government room or the military room — good things happened. When trust was not in the room, good things did not happen. Everything else is details.

There are countless examples of how that lesson was brought home to me across the past century, but here are 10 of the most important.

I first saw the concept in action at home by observing how my parents treated one another and their friends and family. One hundred years later, I can still sense the steadfast love that my parents had for each other and for me, their only child. My mother made our home comfortable and welcoming; my father took me on jaunts out into the world, from his Wall Street office on Saturday mornings to a cross-country train trip when I was 8 years old. My early boyhood memories underlined the joy of family closeness and how it creates powerful bonds of trust.

During World War II, I served in the Pacific theater in a Marine outfit that included a sergeant named Palat. I have forgotten his first name, but I have never forgotten the respect and admiration — the deep-seated trust — that he inspired. When Palat was killed in action, it brought home to me more than ever how pitiless war can be. Later in life, I thought about the loss of this trusted, beloved sergeant when I advised President Ronald Reagan about military action: Make sure it is just, I said — and equip the troops for victory.

As a graduate student at MIT in the late 1940s, I worked with Joe Scanlon, a former research director for the United Steelworkers union. He would visit steel plants where costs were out of control and rearrange their practices, giving workers a voice in how their jobs were set up and, in many cases, a chance to receive a bonus based on increased productivity. This was later called the Scanlon Plan. I saw how Joe rebuilt bonds of trust between the workers and management that had been frayed or broken. Ultimately, both sides benefited, as did the country.

In the 1960s, I was part of a committee studying changes in the meatpacking industry. Armour planned to open a plant in Worthington, Minn., an all-White small town. Black workers from a closed plant in Kansas City had seniority claims on the new jobs. In that era of great racial friction, trouble might have been expected. Yet the town’s civic leaders made it clear to us: Black families would be welcomed. Many of those families scouted Worthington and liked what they found. The visitors from Kansas City turned out to be tithers, so the churches in Worthington competed for them. Their faith led to trust. Trust was built — and quite a few families made the move.

President Richard M. Nixon formed a Cabinet committee in 1970, when I was labor secretary, to address school segregation persisting, illegally, in seven Southern states. We formed biracial committees in each state to advise us. The discussions were civil, but there was little trust in the room. Then, by arrangement, Attorney General John Mitchell joined us. Mitchell was regarded by many White Southerners as “their” man. I asked him what he planned to do about the schools. Mitchell growled, “I am attorney general, and I will enforce the law.” Then he left. No nonsense. Opponents of school segregation could trust the administration.

Trust was essential in every aspect of the desegregation effort. As we moved each of the seven states’ advisory committees to agreeing on how the schools would be desegregated, we usually waited until the matter was essentially settled before bringing in the president to add the final touch. But with the Louisiana group, not as much progress had been made as I had expected before Nixon’s scheduled noon arrival. I apologized to him and said, “This time, you’re going to have to finish the job yourself.” But it wasn’t a gamble. I knew the president and trusted that he would rise to the occasion — and he did.

Often in my career, I saw that genuine empathy is essential in establishing solid, trusting relationships. In 1973, when I was treasury secretary, I attended a wreath-laying ceremony at a World War II memorial in Leningrad with the Soviet foreign trade minister, Nikolai Patolichev. As we walked, Patolichev, a tough old guy, described the staggering death toll in the Battle of Leningrad. Tears streamed down his face, and his interpreter was sobbing. When we were about to leave, I said to Patolichev, “I, too, fought in World War II and had friends killed beside me.” Looking out over the cemetery, I added, “After all, these were the soldiers who defeated Hitler.” Facing the cemetery, I raised my best Marine salute, and Patolichev thanked me for the show of respect. Later on, to my surprise, I found that I had earned the trust of Soviet leaders as a result of this visit.

One day, as secretary of state in the Reagan administration, I brought a draft foreign policy speech to the Oval Office for Reagan to review. He read the speech and said, “That’s fine,” but then began marking it up. In the margin on one page, he wrote “story.” I asked what he meant. “That’s the most important point,” he said. Adding a relevant story will “engage your readers. That way, you’ll appeal not only to their minds but to their emotions.” Telling a story, he made me understand, helps make your case in a way that no abstraction can: A story builds an emotional bond, and emotional bonds build trust.

Reagan brought his own ideas about trust to Cold War adversarial relations. He nurtured a trusting relationship with Soviet General Secretary Mikhail Gorbachev, one that basically helped to eliminate intermediate-range nuclear weapons. Reagan’s famous formulation: Trust, but verify. The agreement was self-bolstering, because successful verification enhanced the sense of trust, and greater trust promoted verification.

“In God we trust.” Yes, and when we are at our best, we also trust in each other. Trust is fundamental, reciprocal and, ideally, pervasive. If it is present, anything is possible. If it is absent, nothing is possible. The best leaders trust their followers with the truth, and you know what happens as a result? Their followers trust them back. With that bond, they can do big, hard things together, changing the world for the better.

This opinion piece by By George P. Shultz can be found here: https://www.washingtonpost.com/opinions/2020/12/11/10-most-important-things-ive-learned-about-trust-over-my-100-years/?arc404=true

← The Fringe Benefits of Failure, and the Importance of Imagination The "Peanut Butter Manifesto" →