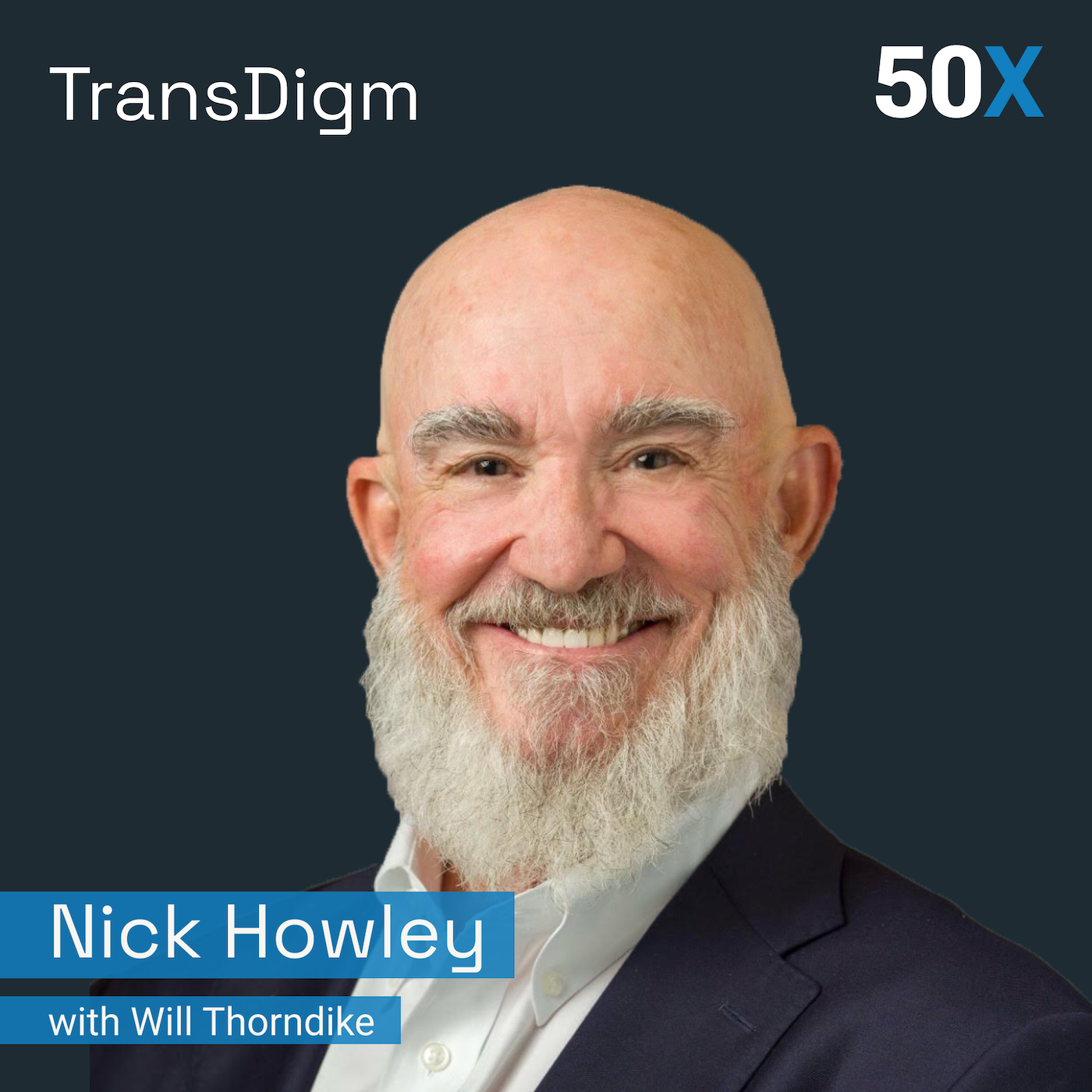 Today’s episode is the first in a series of four on TransDigm, an aerospace components manufacturer that has appreciated over 1,750X since its inception nearly three decades earlier. In today’s episode we are joined by Nick Howley, TransDigm’s founder, long-time CEO and Executive Chairman. We explore TransDigm’s foundations under private ownership, digging into its core value drivers, decentralized culture, differentiated compensation program, and early M&A motion.

For the full show notes, transcript, and links to mentioned content, check out the episode page here.

Source: 50X is a podcast that dissects the anatomy of extraordinary long-term investments. The show is hosted by Will Thorndike and the team at Compounding Labs, and brought to you in partnership with Colossus.