Winning the Battle In Space by Dr. Michael Griffin 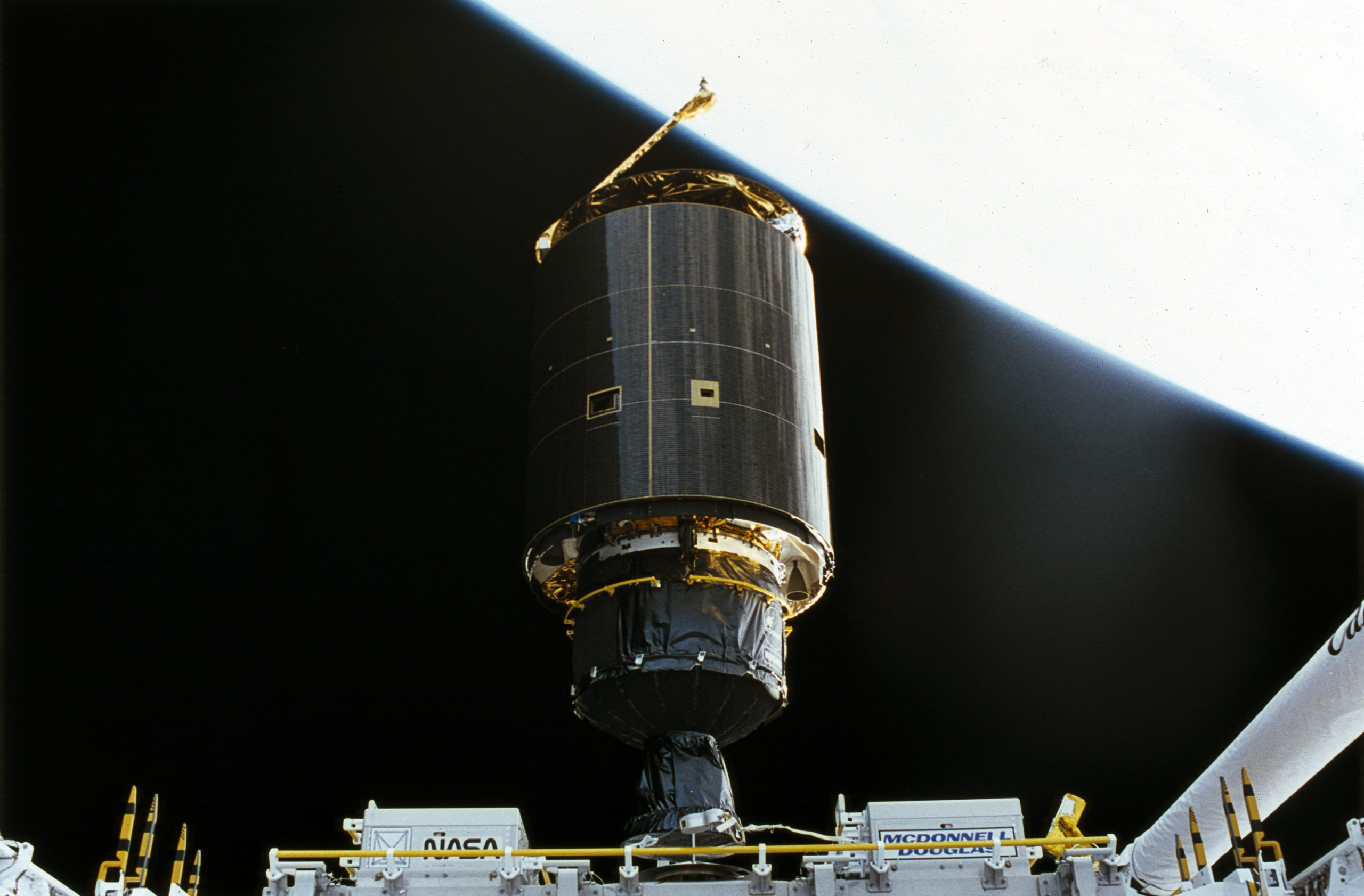 In April 2011, an Ariane 5 rocket hurled the “New Dawn” communications satellite into geostationary Earth orbit some 36,000 kilometers above the Earth. The $250 million satellite successfully released a set of pins that had held its primary antenna in a folded configuration during launch; however, the antenna did not unfold. Hobbled and well beyond the reach of any repair mission — geostationary orbit, or GEO, is thousands of kilometers higher than the Hubble and International Space Station orbits, where astronauts once ventured with the space shuttle — the satellite has since been relegated to operating at less than half its intended bandwidth.

The following year, another setback occurred when the $300 million IS-19 satellite incurred damage to its solar array when it failed to deploy correctly, resulting in a permanent power shortage and lifelong reduced functionality.

Failures such as these are not frequent, but do happen with some regularity among both commercial and military satellites, with costs greater than may be obvious. In the case of New Dawn, not only is its communications capacity permanently reduced, but the extra fuel that was expended during attempts to shake the antenna loose took a year off the satellite’s lifespan. Yet another year of life is expected to be lost because the undeployed antenna unbalances the spacecraft, requiring yet more maneuvering fuel.

The problem of not being able to inspect, repair or otherwise assist our nation’s satellites in GEO goes beyond unfortunate cases like these. Our nation’s adversaries are working hard, and in some cases quite openly, to develop the means to destroy U.S. satellites in space. In a well-publicized 2007 test of a new anti-satellite weapon, for example, China intentionally destroyed one of its own spacecraft, creating hundreds of thousands of pieces of debris that still threaten other space assets. And China is not the only country aware that the United States relies on satellites to support its troops more than any other nation; others also aim to nullify our space superiority.

Three years ago, I led a review team for the Defense Advanced Research Projects Agency — DARPA, the pioneers of the internet, the stealth fighter, and miniaturized Global Positioning System devices, among other game-changing breakthroughs — that pointed the way to developing the first robotic “space mechanic.” Our team concluded that placing robots in space was important for the United States, not only for diagnosing problems, unsticking antennas, and repairing damaged solar panels, but also for the possibility of installing updates and new defensive hardware on existing satellites — things that could help protect our national security satellites and discourage adversaries from trying to destroy them.

DARPA took our review team’s advice and created a new program: Robotic Servicing of Geosynchronous Satellites, or RSGS, which aims to tackle the technically daunting problem of creating a mechanical repairman that would live in GEO, home to U.S. television, weather, and communication satellites and where many of America’s most important military satellites are located.

As part of the Defense Department, DARPA focuses on projects that will enhance America’s security, and RSGS will do this like no other system existing or under development. But DARPA, being DARPA, took an additional creative step. The agency decided to engage a commercial company to create and manage much of the system, provided that the company would invest a significant amount of its own resources in the project. Why do this, when what DARPA is interested in is defense? Because there are five times as many commercial satellites in GEO as military ones, meaning five times the opportunities to watch RSGS work and learn from it to develop space robots even further, and a great chance to lower operating costs for the government and taxpayers by accelerating new economic opportunities in space.

Recently, DARPA held a competition to select a partner and co-investor in RSGS, won by Space Systems Loral (SSL), a California firm and a leading manufacturer of GEO satellites. By 2021, DARPA and SSL plan to have the RSGS “mechanic” ready for launch. Once it is on orbit, tests of its robotic capabilities will begin, and then it can start helping satellites, checking them out, repairing external problems, and adding new features.

But there is a serious ongoing controversy that threatens these new developments. Other companies also hope to provide some level of servicing to satellites — albeit focusing on some of the simpler tasks, such as inspecting and tugging them around. These companies also want to create new businesses in space. I hope they succeed. But their offerings are nowhere as sophisticated as those of RSGS. And importantly, they do not have the same relevance to national defense. One company has gone so far as to file a lawsuit to halt RSGS, claiming unfair competition. This is a mistake — one that seriously threatens American space security.

We have an opportunity to do something really new in space. On Earth, robots are becoming ever more important for manufacturing, construction, and even law enforcement. We can and should move this technology into space. Today’s satellites in GEO are never inspected, or repaired, or upgraded. Having robot mechanics in orbit could make satellites cheaper by not having to design in countless redundancies to cover every eventuality, and could lower insurance costs. Valuable space assets could be kept up-to-date as robots add new features. National security space assets could be re-outfitted with state-of-the-art protections.

I hope that those responsible for our troops will recognize and support this unique opportunity to create new industries and win the space battle without firing a shot — all from one revolutionary space program.

Michael Griffin is a former administrator of NASA and currently chairman of Schafer Corp., which provides engineering and technical support to DARPA. This article was originally published here: http://spacenews.com/op-ed-winning-the-battle-in-space-in-defense-of-darpas-robotic-servicing-of-geosynchronous-satellites-program/