A Father’s Lesson: Keep the Spirit Level by Daniel Foster 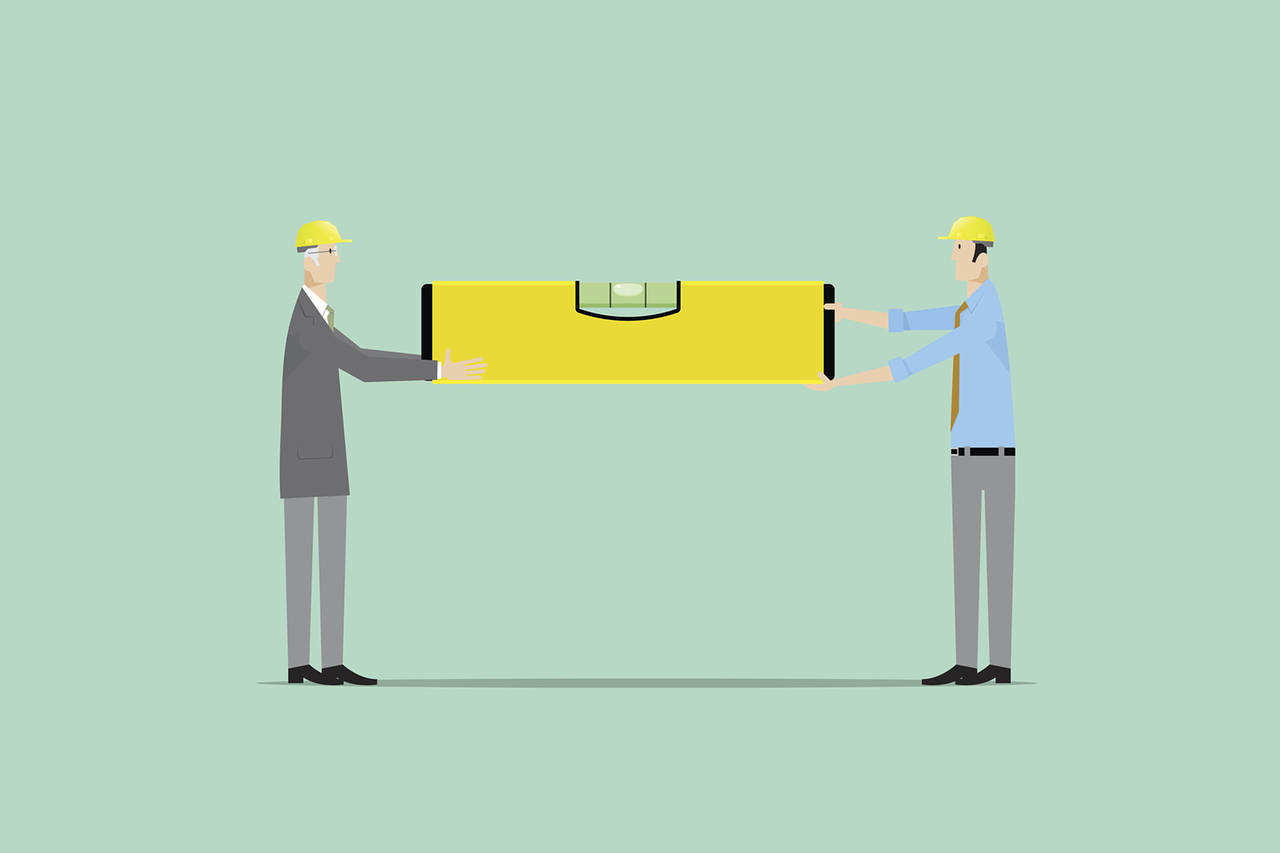 For decades my carpenter father, who died in 2009, always carried a small wood level in his pocket. He would fish it out and place it on the nearest horizontal surface: shelves, mantels, stairs—even sidewalks. At the neighbor’s, when he thought no one was looking, he would sneak it out and go to work.

Is it the joists, the beams? I sensed him calibrating as he watched the yellow bubble careen and render an often skewed verdict. Maybe it’s the entire foundation. He was obsessed with balance, equilibrium.

John Joseph Foster —everyone called him Bud—was simple as a pine board, as were his Montana-born parents, Jack and Stella. On occasion, dad let us smoke his corncob pipe. Just when I took him for being too ordinary, he would let loose with a piercing, front-tooth gap whistle that startled the air. Sometimes he’d just yodel. How could such remarkable sounds come from this workaday man?

I left St. Paul, Minn., for Los Angeles at 21 and quickly dropped my Midwestern accent, along with what I judged as my unworldly, artless past.

Thirty years later, dad was dealt an ischemic stroke, wiping out nearly two-thirds of his brain’s left hemisphere. He was 91. “Hemisphere”—that word, when the doctor first said it, made me think of whole worlds destroyed.

Dad survived for another two months. I could see right off that, although existing in some distant right-brained universe, he craved connection. His eyes sought mine and would lock onto them. In a world where most eye contact is fleeting, I would sit with my father for up to 15 minutes steadily gazing into his eyes. Within a few minutes, the held gaze would settle into ecstasy.

The stroke felt like some cheap deus ex machina, but I was grateful for the opportunity it gave us. The eye gazing evened things out, brought our lives back into balance.

Dad gave me his level a few decades back, and I carry it in my pocket. Halfway through my eulogy for him, I placed the gauge at the head of his oak casket, wood on wood. I stooped down and examined the yellow air, sliding, deciding. There—for the first time in his life, I told my father’s six brothers and their sons, and the sons of their sons—there it is, equilibrium.

Death, I suppose, supplies that: the ultimate leveling, a reckoning and summation of a life. My father’s simple existence has been like a horizontal plumb line for me, one to gauge myself against. Here is a summation of the primary lesson he gave me:

Carry a small level in your pocket at all times. Take it out once in a while. Place it on a mantel, a counter, a cabinet—your life. Observe the equilibrium. Check to see if there is balance. If needed, make minor adjustments.

If that doesn’t work, you’re going to have to examine the whole foundation.

Mr. Foster is a writer in Los Angeles. Appeared in the June 15, 2018, print edition of the Wall Street Journal. You can view it here: https://www.wsj.com/articles/a-fathers-lesson-keep-the-spirit-level-1529018196