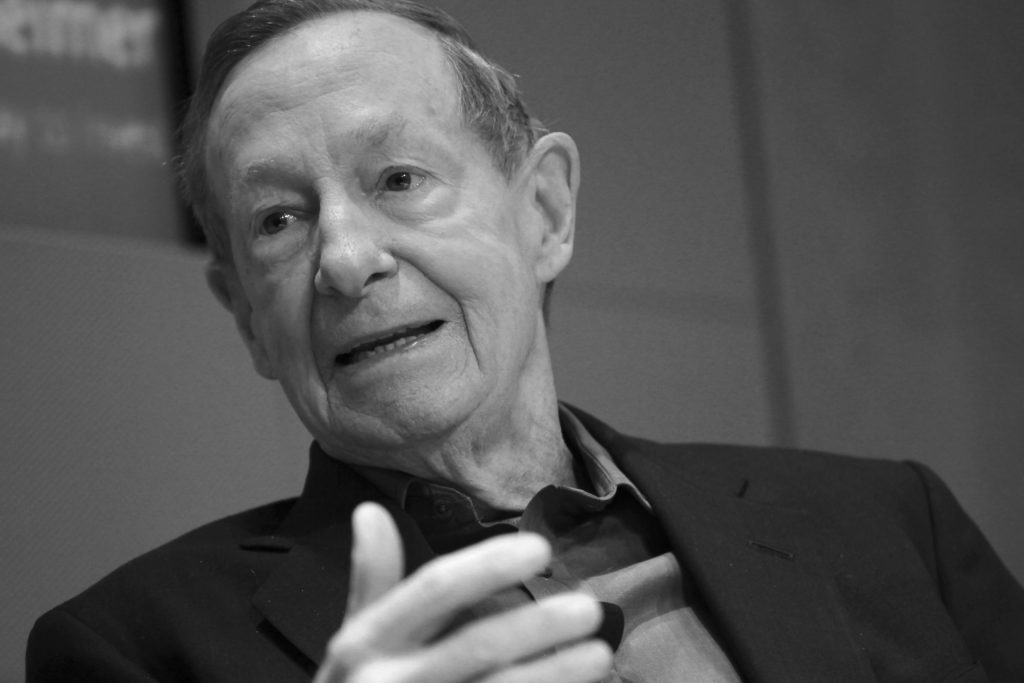 I was with him on Black Monday and on Terrible Tuesday. We caught many market bottoms together and slid off some tops together. We took some bullets together and we planted many flags together. He was there on my first day of my first job at Morgan Stanley. He was there on the last day of my last job at Traxis. He was at my wedding, and when my triplets were born. We were together when New York City blacked out on August 3rd and when Greenwich lit up on July 4th. I still remember the look in his eyes three decades ago when I refused to leave his office until he hired me—I think that look was bemusement and respect. I also remember the look in his eyes three years ago when I told him I was moving to India—I know that look was sadness and love. He said two nice things to me in 28 years; but he said 28 nice things to my father in two hours. I spent 5, 6, sometimes 7 days a week with him. Every week. For 26 years. Barton was an acquired taste and I acquired it. I wasn’t born with his genes but I think he managed to cram some down me.

Barton will live on—in Wall Street lore, in the history books, in the corridors of Morgan Stanley; through his generosity to Yale and to minority education. He lives on in Emma’s steely tennis game, in Barty’s strong, understated reserve, in Gretchen’s refreshing lucidity and bluntness, in Wende’s questioning, probing mind. It is hard to build institutions but it is infinitely harder to create a lasting culture. Some great men suck the life out of their surroundings as fuel for their radiance. He created an ecosystem, a greenhouse around him for others to breathe, to live, to grow and to thrive. He lived and radiated intellectual clarity, honesty and curiosity. He was a truth- seeker. He was open—to ideas, to people, to opinions. Like his teacher and mentor at Yale, the great poet Robert Penn Warren, Barton too believed that the “end of man was knowledge”, and he too, “longed to know the World’s name”.

Forged as much by the Marine Corps as by Wall Street, he was a man of routine and discipline. I used to joke that if you told me the time I could tell you exactly what Barton was doing. That unnerved him as much as it amused me. On October 19, 1987, the day the world unhinged, he watched the markets free fall till noon and then like clockwork, calmly rose and went to the gym leaving Dick Fisher and Alan Greenspan baying for him. He returned at 2pm and ordered all portfolios to be fully invested by day’s close. It was the only time I remember him giving a direct investment order instead of an opinion or suggestion. He was the best, most ruthless time manager in the world. A plaque in his kitchen reads, “never confuse endurance with hospitality”, an invocation by his hero, Winston Churchill. He was also the only man I know who lived up to Churchill’s definition of a truly free man—one who could decline an invitation to dinner without giving a reason.

He was scared of mice – but practically nothing else. He had courage—physical, moral and intellectual. He exuded confidence, toughness and action. He was competitive. He always kept score but he always shook hands. He was decisive. In all Shakespeare he despised Hamlet the most. A contradictory conundrum, he was a kinetic intellectual, a scholar athlete, a cerebral prankster, a generous scrooge, a fuzzy grump and a painfully shy public figure.

He was no serene pond – reflective, deep, introspective and welcoming. He was a river – raging, powerful, bracing; sometimes daunting, always moving – forward. He had excellent taste – in ideas, literature, poetry, people, friends—and Chardonnay. Under heavy disguise and a thin layer of crust, lay a large, enthusiastic heart. Do as I do, not as I say—that was Barton. He simply, relentlessly, unforgivingly, sometimes punishingly lived his life on his own terms. It was up to you to be intimidated or motivated, offended or endeared, ticked off or turned on, opt out or go along. He didn’t care. I chose—motivated, endeared, turned on, and I went along.

Time—he used to say was the only commodity for which demand would exceed supply, forever. Everybody understands that but he actually lived it. He read constantly—on planes, trains and automobiles. In the office, at home, on the stair-master. While sitting, standing or working out. He was so fit, so vital, so alive that I thought the odds were even whether I would bury him or he would bury me.

Time—I thought he had decades left. The bells tolled early – off time, off key, discordant, jarring. On July 14th at midnight I was alone at his bedside reflecting on who had just died—was it a colleague? boss? partner? friend? best friend? mentor? …a father?!? By dawn, I realized that the answer was simply—Yes—all of them had died—in one collective, complex, convulsing crash. Characteristically, in the end, he went on his own terms—willingly, stoically and peacefully.

But I, I am still raging—raging against the dying of his light. I am not going gentle into that good night.

I am not over it. I hope, some day, to get alongside it.

The text of the eulogy written by Madhav Dhar’s to Barton Biggs.